Congratulations to the Blast 2008, Strikers 2008, Blast 2009 and Strikers 2009 on their promotion to the USYS National League North Atlantic Conference.

Our Strikers 2008 girls,  have once again also advanced to play in the National League P.R.O.  Competition where they will play against the best teams across the United States. 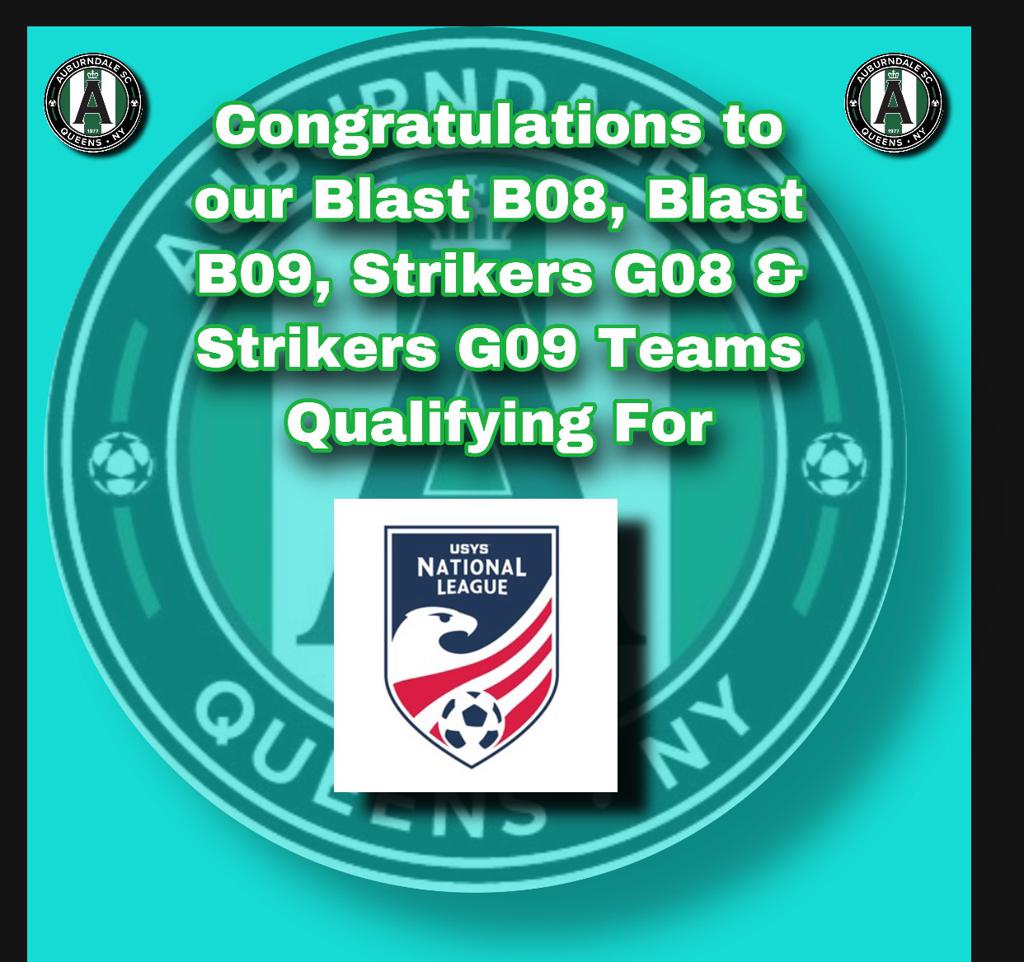